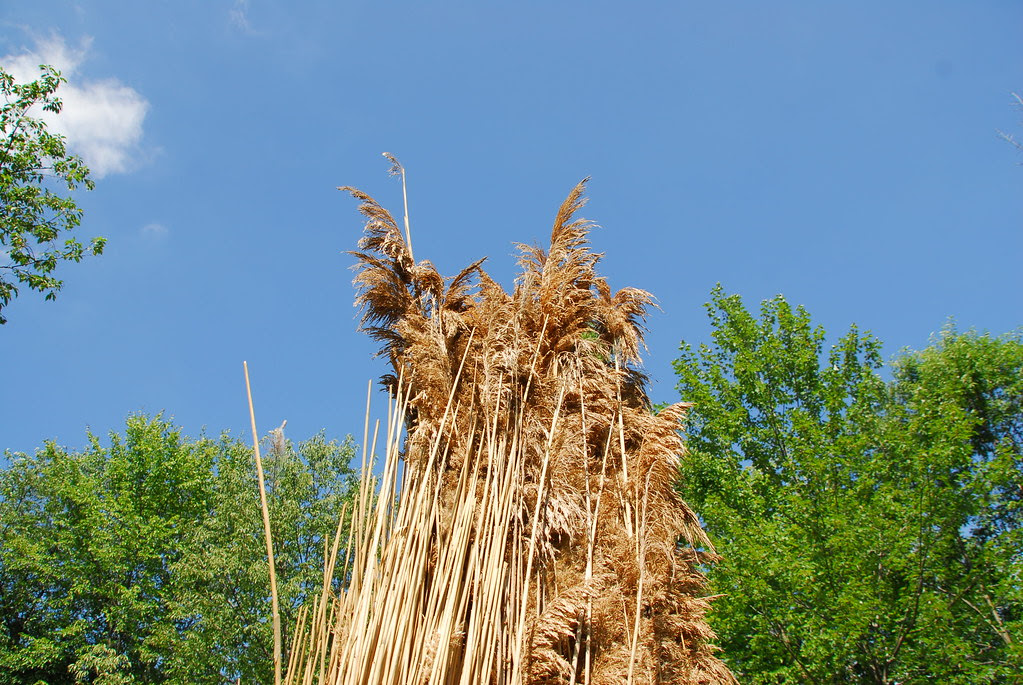 One thing I will really miss about summer's end is the end of weekly "Natural Building" lessons for my son. We all benefited from these weekly sessions out in the country. He learned cob building, strawbale building techniques and thatching. He helped collect those lovely reeds above when the snow was still on the ground this spring. 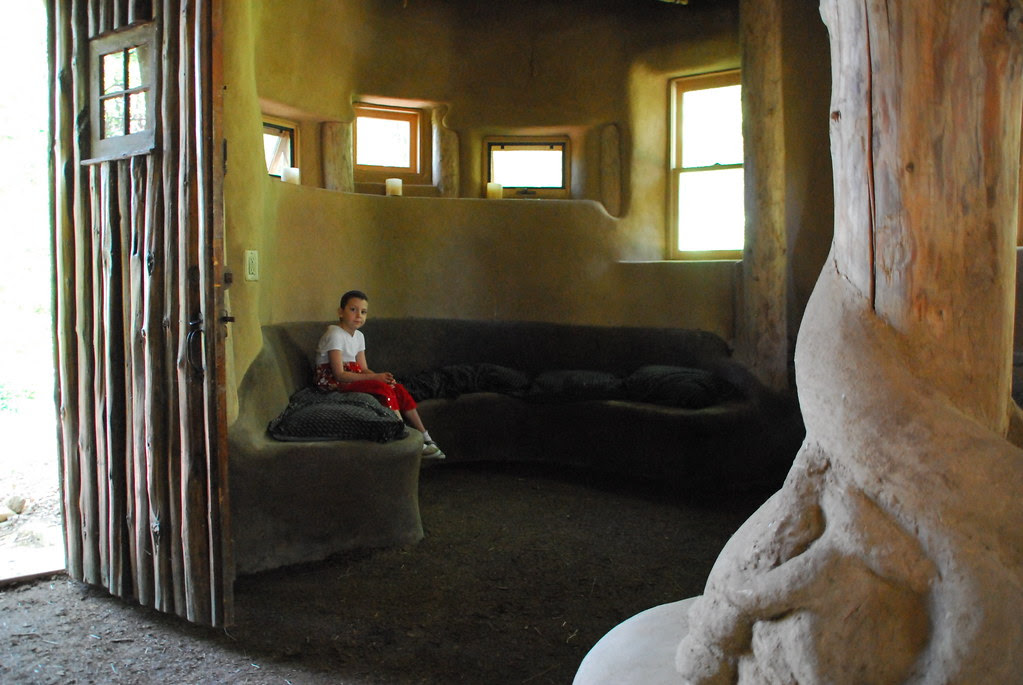 The girls really enjoyed the freedom to roam through the finished strawbale studio on the grounds. Such a magical feeling place. The organic shapes and the natural light sometimes made it feel as if we were stepping into an old world painting. 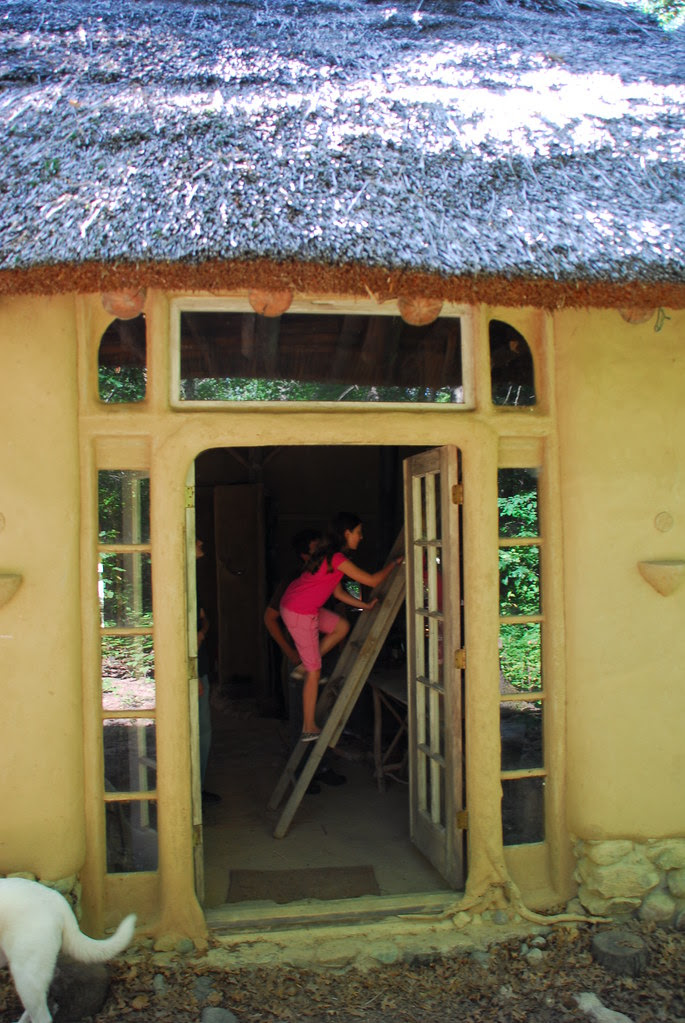 And it was exciting, too to be able to climb into a loft high above on a wooden ladder no less (no code stairway with rails here). 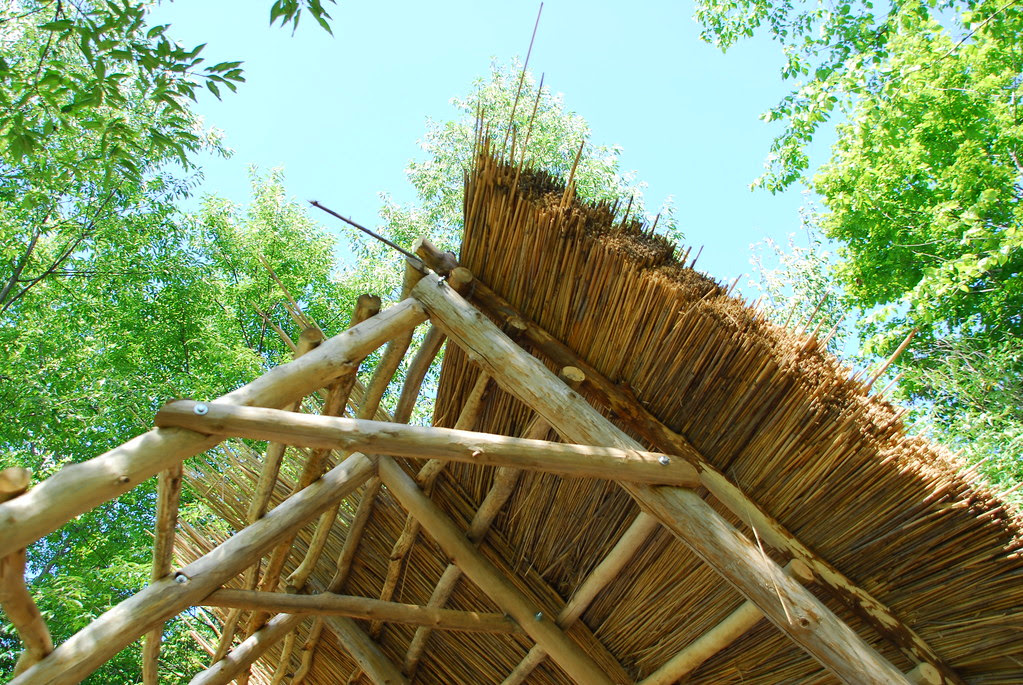 This is the actual structure that the teens were building. They participated in everything: digging the trenches for a foundation, hauling stones, felling trees, collecting reed, lashing, sawing, stripping bark. Wow, I was envious of their energy and opportunity. 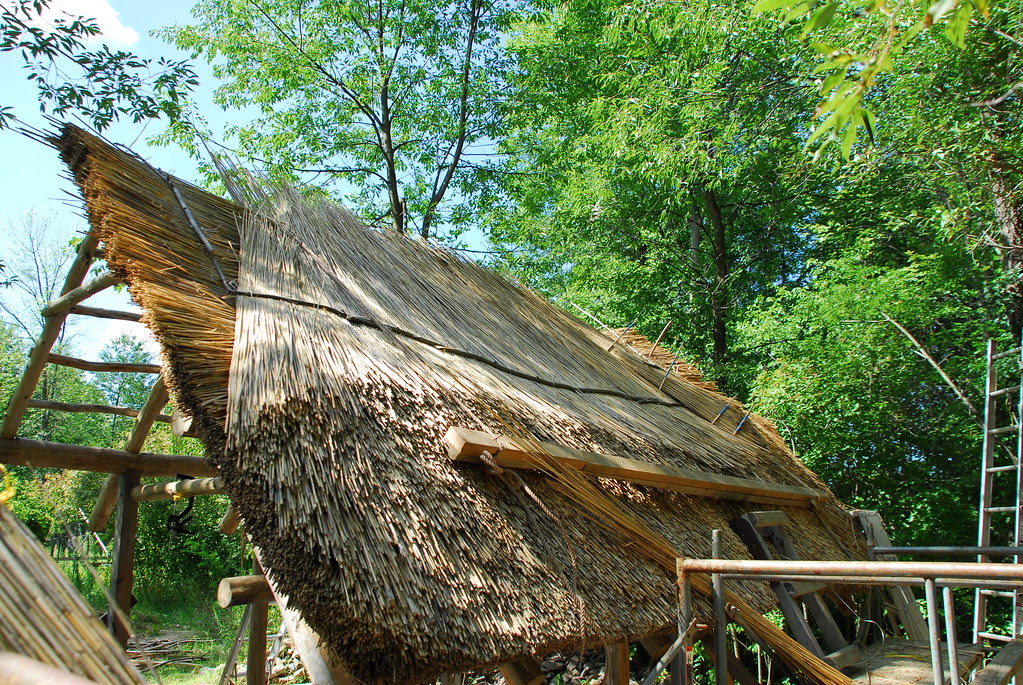 My son did all of the thatching above. He was pretty aprehensive about leaving it for someone else to finish when he began school in September. 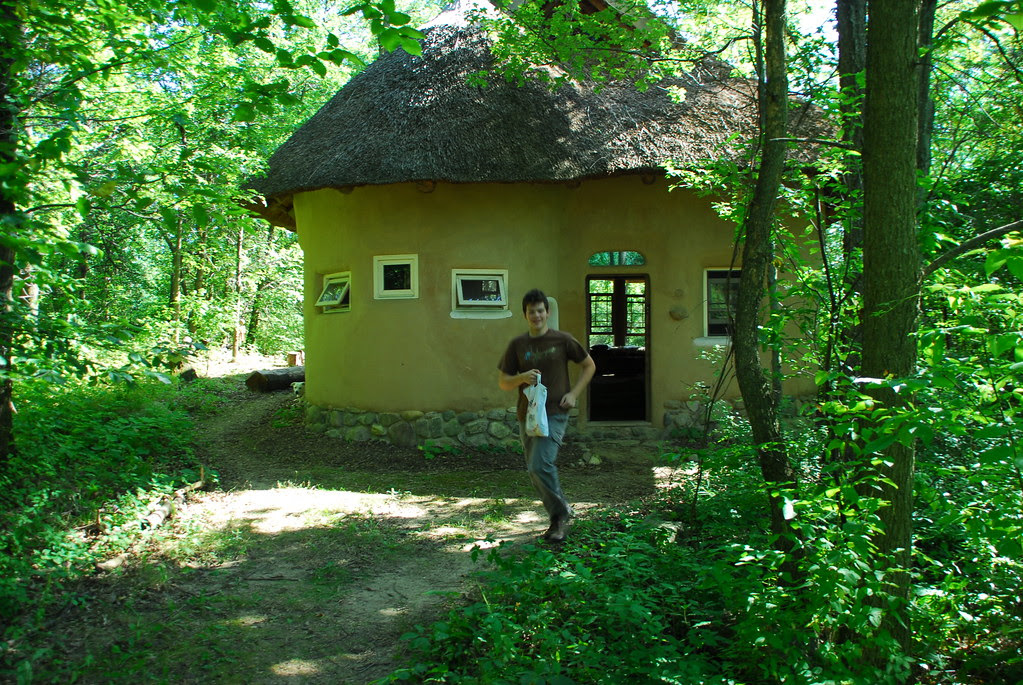 I am so thankful for the adventures he had there. I hope that it helps to shape his outlook on the world and the future. I guess every little thing does.
Posted by Deanne Bednar at 7:05 PM

This is so awesome! Love your blog. I'll be back.